BY THE NUMBERS: Housing Affordability

BY THE NUMBERS: Housing Affordability

Data on Income, Home Values and Rents Suggest That Housing Affordability Worsened from 2013 to 2017.

The Travis County Snapshot from the 2017 American Community Survey (ACS) was recently completed by staff in the Research and Planning Division at Travis County Health and Human Services.  The Research & Planning Division conducts an annual analysis of data from the U.S. Census Bureau’s American Community Survey.  The information is a point-in-time “snapshot” of our community and includes social, economic, and housing characteristics related to human services.  You can view and download the report online at: 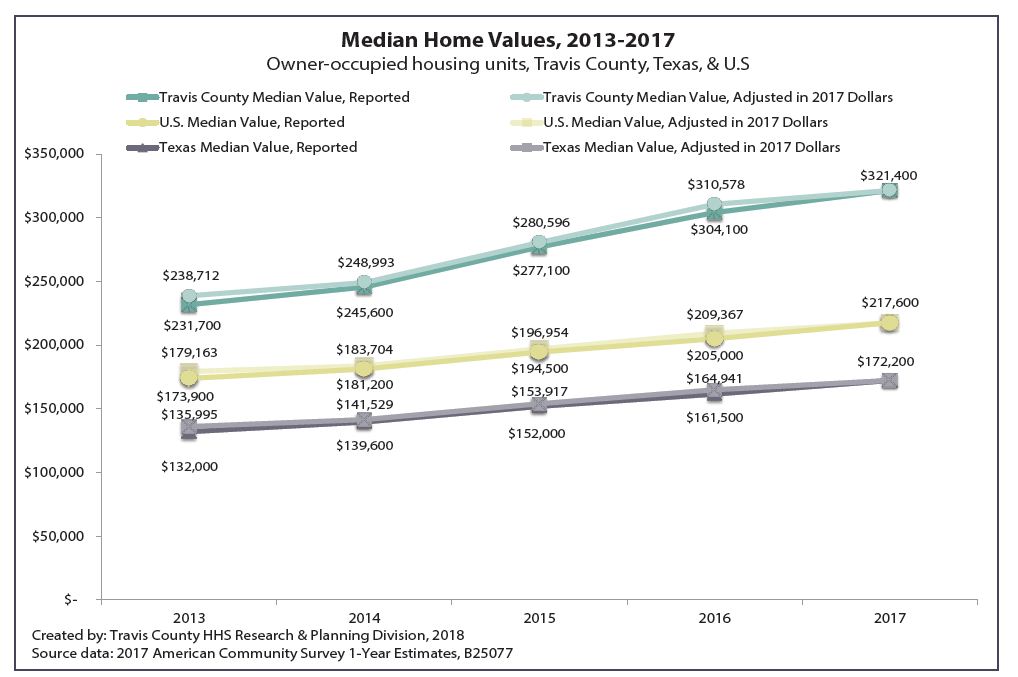 The fact that increases in median home values and median rents are outpacing the increase in median income suggests that the affordability challenges for Travis County residents continue to mount and that a continued focus by local leaders and community members on expanding affordability is still warranted.