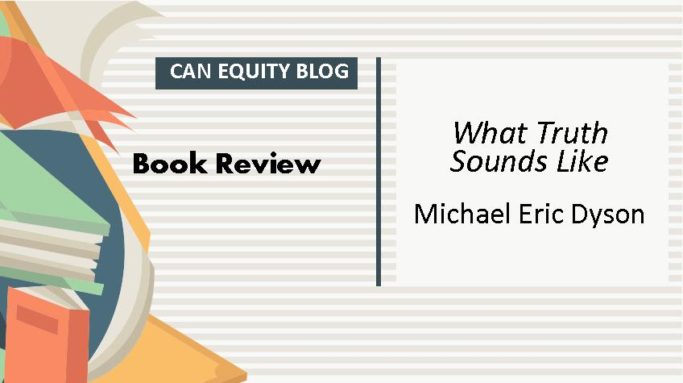 What Truth Sound Like: RKF, James Baldwin and Our Unfinished Conversation About Race in America
by Michael Eric Dyson

This is the first of three reviews of books I am recommending to those seeking to gain a better understanding of the social, historical and political actions that are needed and dynamics that are at play when attempting to address racial inequality: What Truth Sounds Like (Michael Eric Dyson)  White Fragility (Robin Diangelo) and The New Jim Crow (Michelle Wallace). The books that I am recommending in this series are intended to help people reach a level of understanding about racism in our country that prompts them to join the fight against racial injustice. Having already read the three books I will be reviewing, in this series of book reviews, I can tell you that my resolve for doing this work has been strengthened and my understanding of where and how to focus my energies has greatly increased. If you need inspiration to do this work or need to be re-inspired, then you might consider one of these titles.

The first book I’ll be reviewing, What Truth Sounds Like by Michael Eric Dyson, uses a historical meeting to outline differing perspectives of race that one will encounter if one is earnestly involved with race equity work: the politicians perspective; the intellectual’s perspective; the activist’s perspective; the artists’ perspective. These perspectives were on full display in the retelling of an important historical event that took place in 1963, a meeting between Robert F. Kennedy (the U.S. Attorney General at the time) and several African American community leaders, specifically James Baldwin (writer), Harry Belafonte (singer and actor), Edwin Berry (Chicago Urban League), Lena Horne (actress), Loraine Hansberry (play write), Kenneth Clark (writer and scholar), Jerome Smith (a Freedom Rider) and Rip Torn (a White actor). While the meeting was intended to help Bobby Kennedy identify policy solutions to address racial inequities, what transpired was a very challenging exchange that in the end most likely helped Bobby Kennedy develop a much more compassionate and relational approach  to working with people from throughout the country who suffered greatly from oppression.

As is apparent from the guest list for this meeting convened by Bobby Kennedy, there were very diverse perspectives, modes of expression and conceptions of race represented. The dynamics of the meeting might accurately be described as explosive. While the outcomes of the meeting frustrated Bobby Kennedy at the time, the dynamics at play help us understand the conversations about race equity that we are having today. Dyson’s very dramatic retelling of the encounter between these great historical figures keeps you on the edge of your seat. When the conversation goes off the rails (from Kennedy’s perspective), we as readers keep anticipating the course correction. It never comes.

Our present day conversations may at times exhibit the apparent dysfunction of the historical meeting that Dyson describes. At the same time, our knowledge of how that meeting went helps to illuminate what we should do differently to ensure that our conversations about race are fruitful though they may be difficult. In his telling of the story behind this meeting, Dyson draws parallels between the perspectives represented by the attendees at the 1963 meeting (the politician, the intellectual, the activist, and the artist) and African-American community leaders of today who approach the challenge of race from these distinct perspectives. The author references present day advocates and advocacy organizations representing the following perspectives:

The Politicians: Provides commentary on the differences in ideology between President Obama and  Donald Trump, and similarities he sees  between the conservative Trump and, liberal, Bernie Sanders. Conceptions of race in politics are also shared by Senator Kamala Harris and Andrea Jenkins, the first black, openly transgender woman elected to public office in the U.S.

The Intellectuals: Draws comparisons between the two intellectuals in the meeting with Bobby Kennedy (James Baldwin and Kenneth Clark) and intellectuals who serve in similar roles today, specifically praising Ta-Nahesi Coates and Erin Aubry Kaplan but offering a stern critique of Cornel West (who himself has offered stern criticisms of Jesse Jackson, Al Sharpton, Barack Obama and Ta-Nahesi Coates).

The Activists: Recounts encounters between James Baldwin and Martin Luther King, Jr.  Analyzes the genesis and aims of the Black Lives Matter movement and the reaction of political and community leaders to the tactics they employ, being particularly critical of comments made by Hillary Clinton. Shares perspectives of Tarana Burke, #MeToo movement founder.

Two main ideas that Dyson brings to the forefront in What Truth Sounds Like are: the importance of NOT just studying race in an academic fashion; and the importance of listening to and honoring the stories of pain and suffering shared by those who have endured great suffering as a result of racism. Both of these reactions support maintenance of the status quo. The status quo is not acceptable because it leads to the racial disparities that we see today and that necessitate courageous conversations about race. The first reaction (of immediately taking an academic posture that seeks “policy-solution “) tries to avoid the discomfort that comes with the shattering of the illusion that we have an equal society. We want to find a policy solution (not even THE policy solution but any old policy solution) so that we can feel like we did something and so that we can stop feeling uncomfortable about the fact that there our folks in our midst who don’t get a fair shake. Adopting this academic posture also tends to silence the voices of the victims of racism who understand better than anybody the impact of racist individuals, systems and institutions. Whatever solutions may derive from the adoption of this academic perspective will be incomplete because the full range of policy solutions and other actions  that could make a difference are not factored into the conversation.

The second take-away also relates to avoidance of the difficult subjects and testimonies that must be a part of any conversation about race. In the previous paragraph, the avoidance of the difficult issues and the difficult conversations is done by redirecting the focus of the meeting or conversation to something else (supposed concrete solutions). That is one kind of avoidance. A second kind of avoidance is to remove yourself from the situation. When the conversation gets uncomfortable or hits too close to home, we sometimes don’t know how to respond. If the feeling and experience is unfamiliar, then we are prone to want to return to a space that is familiar (comfortable). That place of comfort is the status quo. And if we are comfortable with the status quo, then we are implicitly comfortable with the racial inequality that comes with it.  The advice from Dyson is to stay and listen to the account of people who have suffered great grief, pain and trauma because of racism. We should not discount the personal experiences of these “witnesses.” Their story is no less important than our own. And the evidence provided by these “witnesses” shows that racism is real and it should not to be swept under the rug because it is a very destructive force.

In the 1963 meeting between Bobby Kennedy and the Black leaders who were part of that historic meeting, serving the role of “witness” was Jerome Smith, a Freedom Rider involved with CORE (Congress for Racial Equality) who was beaten by law enforcement on more than one occasion while engaged in civil rights advocacy. At the meeting with Kennedy, Smith spoke in very plain, strong and unapologetic language about the disdain and anger he felt towards a system of government and those who support that system  who do nothing meaningful and substantive about the suffering of Black people in the U.S. This was his truth. When the other Black leaders in the room heard him share his truth, they directed Bobby Kennedy to listen to that man. While initially Kennedy tried to redirect the meeting in the direction that he wanted, because the Black leaders spoke with a unified voice, it became clear to Kennedy that he was just going have to do the listening and not the talking.

While Kennedy’s perceived goals for the meeting may not have been met, in the end he really did get what he wanted: to understand what he needed to do on the issue of race. What surfaced was not what he needed to do as Attorney General, but what he needed to do as a person. He heard the hard truth about racism from an individual who had experienced it first-hand. Kennedy didn’t turn and run. He stayed and listened. This experience left a great impression on Kennedy because Jerome Smith’s testimony was so raw, powerful and undeniable. While Kennedy’s initial reaction was anger (because he perceived himself to have been ambushed by the group), his anger ultimately led to honest reflection and self-criticism. In the end, the experience with Jerome Smith and the other Black community leaders moved Kennedy on an emotional level. One might suspect that this experience helped lead Kennedy to want to be in more direct contact with those who are oppressed so that he would be in a position to hear their stories and feel their pain. In other words, he intentionally went into communities where he could have more experiences like the one he had in the meeting with Jerome Smith. May we all approach difficult issues and conversations in this spirit: with open hearts, with open minds and with the intent of listening and understanding.