BY THE NUMBERS: Growing Senior Population

BY THE NUMBERS: Growing Senior Population 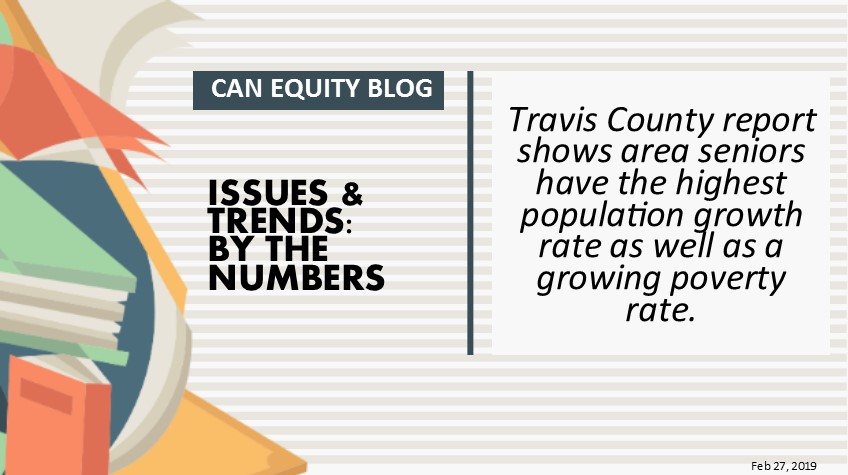 The Travis County Snapshot from the 2017 American Community Survey was recently completed by staff in the Research and Planning Division at Travis County Health and Human Services.  The Research & Planning Division conducts an annual analysis of data from the U.S. Census Bureau’s American Community Survey.  The information is a point-in-time “snapshot” of our community and includes social, economic, and housing characteristics related to human services.  You can view and download the report online at:

Clearly, the increase in 65 and over age group stands out. The Travis County total population has increased by 9%, compared to 7% statewide and 4% nationally. During the same time, the population 65 years and older in Travis County had the largest popu­lation increase by 29% compared to 17% statewide and 14% nationally. This is certainly a trend to watch. Another chart presented in Travis County’s 2017 ACS Snapshot drives the point as to why we really need to pay attention to the growth of our senior population.