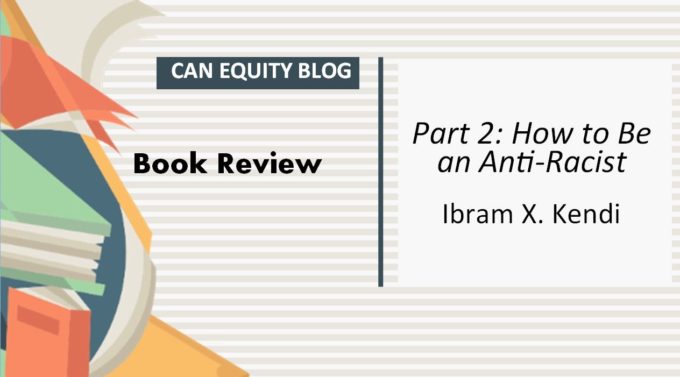 Book Review – Part 2: How to Be an Anti-Racist by Ibram X. Kendi

In Part 2 of our latest book review, we continue to examine the useful lessons to be learned from this rich text by Ibram X. Kendi. Kendi tells a story that weaves his personal experiences and evolving beliefs about race with relevant historical facts and accounts. Kendi outlines the different ways in which we hold and express racist ideas and suggests alternate ways of thinking and behaving so as not to continue holding/expressing (and thus perpetuating) these racist ideas. The second part of our review addresses the intersection of class, gender, and sexuality as well as the ideas that Kendi outlines to transform ourselves and society.

Because slavery already existed when capitalism came into being, those who controlled “the means of production” could exploit individuals who were enslaved as a way to keep the costs of production down and maximize profits. Capitalism on its own accord has never limited exploitation of workers in terms of their rights as human beings or the need for them to have a safe working environment and be paid a humane wage. Such restrictions or standards have had to be imposed on the private sector.

The limits placed on corporations and corporate conduct and profits by the public sector have always been limited because too much “interference” is thought to impinge on the “free market.” Any infringement on businesses’ ability to maximize profit is fought by those who stand to lose that profit (because they have the resources to do so). The playing field is not level now and was not level when capitalism was birthed.

The following passage from Kendi’s book is instructive. Before this declaration, Kendi outlines the instances where “pro-capitalist” political and business leaders accuse others of being “anti-capitalist,” specifically when anyone advocates for: a safety net for all people; an end to poverty; strong unions; increased regulations protecting workers, consumers, and the environment; and the rich to be taxed at a higher rate and wealth to be more equitably distributed. In defending capitalism in this way, defenders are, whether they mean to or not, also defining it as the freedom to:

Without the checks and balances of government on the free market (capitalism), the exploitation of workers can escalate and wealth disparities are likely to worsen. When politicians advocate leaving things up to the “invisible hand of the free market” the only natural outcome is more (not less) exploitation of workers and greater (not lesser) wealth inequality. As we see today in our country, the easing of regulations on corporate operations has led to the biggest transfer of wealth from the “have nots” to the “haves” in history.

The previous section outlined how “people of means” get treated by the system and how they, in fact, can influence the system itself through the economic resources they command and the influence that comes with commanding such resources. Anyone who can “game” the system to save money or to secure financial incentives is seen as frugal and not a “cheat.” Finding loopholes in the tax code or influencing policy makers to create new loopholes is viewed as something that is not just normal for businesses but as something that is expected.

There is also the perception that people of color have a “culture of poverty,” even though there are many white people who are also poor. Because of racial segregation and the limited economic opportunities for people of color, poverty for Blacks and Hispanics tends to be more geographically concentrated whereas white poverty is less concentrated. Thus, poverty for people of color is more visible in certain communities, creating the false perception that race/ethnicity plays some type of role in creating those economic conditions, leaving an unequal economic system, racist institutions, and uncaring, unwitting, or racist political leaders off the hook. As Kendi points out, “stereotypes of hopeless, defeated, unmotivated poor people of color is without evidence.”

The Black woman in America can justly be described as a ‘slave of a slave.’ The victim of the ‘double jeopardy’ of racism and sexism.” – Frances Beal, 1968 (page 187)

I ended the previous section on “race and class” by pointing out that classism exists within races and will start this section by noting that sexism exists within races and within classes. Women of color often have to fight sexism when they are in a “race space” and fight racism when they are in a “women’s space.” This increasingly complex level of intersectionality compounds the lived experience for poor women of color, in particular those who put themselves at risk when they decide to speak up for their own view and rights.

Another economic stereotype is that of the “welfare mom,” a highly disturbing and denigrating characterization that really brings intersectionality into focus. This term dehumanizes these strong and resilient women, assuming erroneously that they may in some way deserve to be in their situation due to an adoption of the “culture of poverty” or because of some abnormal level of promiscuity. These are both baseless and harmful claims that have been promoted through stereotypical portrayals in movies, television, and news reporting. The existence of these kinds stereotypes dampens interest and commitment to helping the women and families who most need our help and support.

The possibilities for discrimination continue to increase when we overlay sexuality on top of the challenging issues of race, class, and gender. To mirror how we’ve talked about intersectionality in prior sections, we’ll note that homophobia exists within class, race, and gender. A quote from Opal Tometi, Black Lives Matter co-founder, that is shared by Kendi in this chapter drives home the importance of recognizing the compounding effect of intersectionality: “All Black lives include those of poor, transgender Black women, perhaps the most violated and oppressed of all Black intersectional groups.”

While the degree of intersectionality can be viewed as layers of discrimination with which a particular individual or group of individuals must contend, the extent of impact for these individuals can also be understood by contemplating “who is with you’ and “who is not with you.”

If you are a poor person of color who identifies as LGBTQIA+, can you count on those who are not poor, who are white and who are people of color but not LGBTQIA+ to “be with you?”

Our brothers and sisters who find themselves at these intersections, are increasingly isolated and need more people who are not like them to stand with them and fight for them.

Kendi’s point, which is echoed throughout the book (in each and every chapter), is that we can’t truly be anti-racist if we are not also against these other forms of discrimination. If we don’t stand against all other forms of discrimination, then we will not break the societal norm that purports that “white and straight” is the norm and that there are norms for what women should and shouldn’t do. Deviating from these “norms” is often opposed or discounted because it is viewed as “abnormal” and thus threatening. Our goal needs to be to flip the current “norm” on its head by creating a society where homophobia, sexism, and racism are considered abnormal.

How can we succeed in our attempts to become anti-racists? (Ch. 18):

The final chapter in “How to Be an Anti-Racist” is entitled “Success.” You might assume that this is the chapter that spells out how we’re going to be rid of the specter of racism. It is and isn’t that.  Kendi outlines his family’s battles with cancer to drive home the point home of battling racism as a deadly disease. His wife’s battle with Stage 2 breast cancer (which she survived), led him to the understanding that with cancer, you treat the tumor and not the symptoms of the tumor to be successful. If you only treat ignorance and hate (the symptoms of racism), then you are not attacking the expanding tumor of racism itself. After this realization, he shifted from persuading people that racism was a problem (to change minds) to researching and educating to change policy.

This has been a pretty heavy blog post so I decided to end with a lengthy quote from Kendi which does not deny the fact that we should feel despair but also reassures us that this work is worth the sacrifice. Kendi himself was diagnosed with Stage 4 colon cancer. His strategy for defeating cancer (which he did) helped him form his roadmap for defeating racism. I focus on the “admissions and beliefs” he had to adopt to fortify his body and his spirit.

I have cancer. The most serious stage. Cancer can kill me. I can survive cancer against all odds.

My society has racism. The most serious stage. Racism is likely to kill my society. My society can survive racism against all odds.

If we ignore the odds and fight to create an antiracist world, then we give humanity a chance to one day survive, a chance to live in communion, a chance to be forever free.