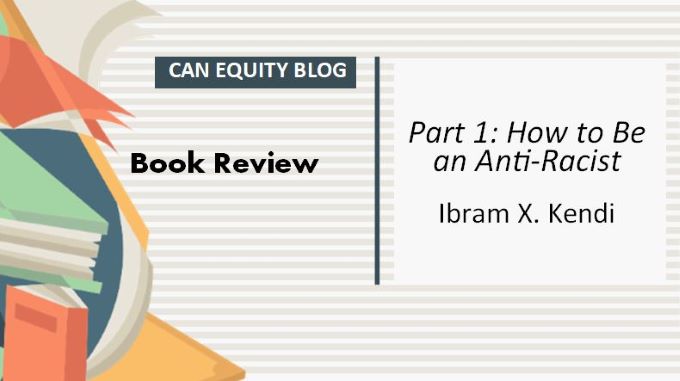 Our latest book review attempts to extract from this rich text by Ibram X. Kendi useful lessons on comprehending racism in this country. Kendi does this by telling a story that weaves the author’s personal experiences and evolving beliefs about race with relevant historical facts and accounts. Kendi outlines the many different ways in which we can hold and express racist ideas and suggests alternate ways of thinking and behaving so as not to continue holding/expressing (and thus perpetuating) these racist ideas. In this first part of my book review, I first highlight views about race throughout world and U.S. history that Kendi uses to tell readers about his personal experience with racist ideas. In doing so, he brings to the forefront the pervasive nature of racist ideas throughout history. Sharing these historical examples from the book helps to provide a better context for understanding the variety of “ways our views can be racist” that Kendi seeks to impart in this insightful and instructive work.

Thomas Jefferson (pg. 20): “The Blacks, whether originally a distinct race, or one made distinct by time and circumstance, are inferior to the Whites in the endowment of both body and mind.”

Thomas Jefferson (1785, pg. 32): “It would be hazardous to affirm that, equally cultivated for a few generations,” the Negro “would not become equal.”

Theodore Roosevelt (1905, pg. 84): The goal should be to assimilate “the backward race…so it may enter into possession of true freedom, while the forward race is enabled to preserve unharmed the higher civilization wrought out by its forefathers.”

Calvin Coolidge (1924, pg. 61): Referring to the Immigration Act of 1924 (that greatly restricted immigration to the U.S. by people from Africa and Eastern/Southern Europe and nearly banned all immigration by Asians), Coolidge supported the measure by stating “America should be kept American.”

The oldest reference that Kendi came across to a definition of race was from 1606 and claimed that “race … means descent” (pg. 40). “It is said that a man, a horse or a dog or another animal is from a good or bad race.” Kendi notes that from the beginning, race was used to create a hierarchy of races, those that were better than others and those that were worse than others, with the “better” ones having some right of dominion over the others.

One of the earliest justifications for the mistreatment of Blacks (including their enslavement) cited by the author came from “The Chronicle of the Discovery and Conquest of Guinea” from 1493 (Portugal) by Gomes de Zurara, who likened people from African more to beasts than to humans (they were people who lived “like beasts” and “only knew how to live in bestial sloth.” The characterization of Black people as “less than human” was no less prevalent of an idea in the early history of the U.S.

Kendi questions the notion that it is “racist ideas” that lead to racist policies which is often how people think about racism (i.e., that people have racists ideas and then create racist policies). Kendi posits that the racist policies might have come first, driven by economic, political or cultural self-interest, to achieve and maintain the accumulation of wealth. Once a racist policy/practice was put in place, a racist idea was then used as a justification and distraction from the true end (i.e., wealth and power). He cites the argument by Gomes de Zurara who argued that Prince Henry’s conquests in Africa (that Zurara chronicled) was driven not by money (i.e., selling slaves for money) but to “save souls” (i.e., the opportunity that enslavement provided Black people for converting to Christianity).

Kendi also tackles the racist idea that “being Black” was also akin to “being evil” (pg. 50). While the bible itself does not condemn Black people, in 1578, an English writer, George Best, suggested that people from Africa were the descendants of Ham (a son of Noah). Ham is condemned by Noah, adding that Ham’s son Canaan and their descendants should be the slaves of Shem (another son of Noah). This is a story involving the same family, presumably of the same race. It is unclear how skin color aligns people from Africa with one of the sons of Noah but not the other.

View about Biology (Ch. 4): Kendi discusses the significance of the June 26,2000 announcement that the mapping of the human genome had been completed. One of the most important take-aways was that “all human beings, regardless of race, are more than 99.9% the same.” Nonetheless, there are those who continue to erroneously link behavior to biology. Folks with such views don’t have a leg to stand-on. However, assimilationists are now able to use this finding to promote the idea that there is one race, the human race, and that we should stop “seeing” race. Unfortunately, the systems that exist today already “see” race and disparately treat people based on race. Ceasing to “see race” is beneficial to those who are not adversely served by these existing systems that operate with racial bias.

View about the Body (Ch. 6): As was noted in the above quote from Gomes de Zurara, the “black body” has been cast as that of a “beast” (i.e., NOT as the body of a human being) for a very long time. Beasts are creatures to be feared, and fear of the “black body” continues to permeate our society with stereotypes of Blacks as: drug dealers, robbers, killers, predators, etc. Often these images are manufactured by politicians to instill fear and gain the support for legislation and from voters. This wrongful view of African-Americans extends beyond just the fear of the “black body.” It often grows to include fear of Black communities/neighborhoods (i.e., urban communities as “places ripe with crime and violence”) and fear of an entire race.

View about Culture (Ch. 7): The above quote from Theodore Roosevelt promotes the idea of assimilation into the dominant White culture as a way of dealing with the “race problem.” The view that assimilation is the answer considers White culture to be the dominant culture because it is seen as being superior. Black culture is portrayed as producing and promoting violence. This distorted view of Black people, culture and communities leads to a disdain of Black dress, language and music because they are perceived to promote “deviance” and not what they truly are, avenues for self-expression. In the assimilation game, there is always a winning culture and a losing culture. “Whoever creates the cultural standard puts themselves on top of the hierarchy.”

Views about Behavior (Ch. 8): Racism that relates to views we hold about the “black body,” the Black family, the Black community and Black culture permeates our society, creating an environment where most of us buy into the racist ideas which flood our every day lives. We encounter a giant pitfall in our thinking when we begin to assign the behavior of individuals to an entire race. Individual behavior is proof of an individual behaving a certain way. No more, no less. The failure of one person should not be viewed as a failure for an entire race of people. If a White person behaves irresponsibly, that behavior is not assigned to all White people. When we are bombarded with negative images of Black people (and people of colored generally) portrayed on the news, TV shows and movies, then that may cause us to, consciously or subconsciously, begin projecting those behaviors onto entire communities and/or racial groups.

The educational arena is one where we should take great care in not assigning the challenges that an individual may have to his/her entire race. There is nothing inferior about Black and Latinx students or superior about White and Asian students. The flaw is in the way we have chosen to measure academic achievement and intellectual capabilities. As Kendi puts it, standardized tests are themselves tools that “degrade Black minds and legally exclude Black bodies.” They test for things that dominant society wants people to know (the very things that White families may already be teaching their kids or that their kids may already be experiencing through the activities in which their family participates). It is important for us to acknowledge that our environment is what leads to differences in academic achievement, because, otherwise, what are we saying? We know from the human genome project (referenced in Ch. 4), that we are 99.9% alike from a genetic point of view.

Views about Space (Ch. 13): We’ve already touched on racist views relating to Black space (i.e., the idea of “dangerous Black neighborhoods”). Other terms that assign negativity to space are “the ghetto,” “the inner city” and “the third world.” Think about how these terms are used and what comes to your mind when you think about these terms. Are those thoughts positive or negative? A source of the problem is that we typically compare under-resourced Black communities with over-resourced White communities. When we compare neighborhoods with similar economic characteristics (income/unemployment), we find, regardless of overall race/ethnicity, that these communities become undistinguishable from the standpoint of safety and security. When making comparisons across races, insist on fair comparisons.

End of Part 1 of this Book Review. Part 2 of the book review will focus on the discussion in the book on how race intersect with gender, class and sexuality and then shifts to the question of changing racist views that we may hold and changing the systems that perpetuate racial inequality.